Built on the biggest cross-breed blend of cultures in the whole of South East Asia, a harmonious blend of Chinese, Indian and Malaysian influences means the city is awash with impressive historical landmarks. Throw in the world famous architecture and cuisine, and you’ve got a long list of things to see, do and eat!

Tourist To Do List:
Food Offerings
It seems almost criminal to think the gourmet food halls nestled underground could be easily missed by unknowing visitors. Hidden at lower ground floor level of some of the city’s most lavish shopping malls are some of the very best food Malaysia has to offer, with every variety of delicious authentic Asian cuisine made available. Head to the Hutong Food Court underneath Lot 10 shopping mall or Food Republic located underneath the Pavilion KL mall, in Bukit Bintang for the finest Malaysian food you’ll ever taste.

Once you have refuelled at one of the food courts, you will have enough energy to shop til you drop! Head to the Pavilion KL mall, Lot 10 and NU Sentral; the three biggest shopping malls in the city. The shopping centres have a jaw dropping variety of stores from all your favourite high street and designer brands, making Kuala Lumpur the shopping Mecca of South East Asia.

Explore the Batu Caves
If during your time Kuala Lumpur you find you have an entire day to yourself, it is definitely worth catching a train to the breathtaking Batu Caves a few miles out of the centre. The stunning limestone hill is home to a sacred Hindu temple which attracts millions of tourists every year, particularly during religious festivities. Visitors flock to see the breathtaking statue of Lord Murugan, the Hindu deity. Wander around the ethereal caves found at the top of the 272 step climb, marvel at the spanning views of the surrounding areas and become acquainted with the monkey residents.

Getting Around
Set up in 2003, the KL Monorail system is both fast and efficient, winding around the whole city with convenient stops at all the best tourist hot spots. Get off at Bukit Bintang for the main shopping district and infamous beer street, Changkat. The monorail operates from 6am to midnight so there should always be a train to jump on, but taxis are also available. GrabTaxi, Asia’s own answer to Uber, is worth downloading an is very reasonably priced.

Where to Stay
The central location of the JW Marriott Hotel is ideal for any business visitor and offers facilities such as several conference and meeting rooms, a gym, outdoor pool as well as a spa and wellness centre! Located in the most popular area of the city, the hotel is situated right by a number of restaurants, bars and shopping malls, as well as being a two minute stroll from the well connected Bukit Bintang monorail station. 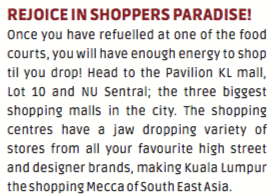 Where to eat & drink
For easily the best view of Kuala Lumpur’s trademark twin towers head to the SkyBar, located on the 33rd floor of the The Traders Hotel in the grounds of the spectacular KLCC park. The stunning views aren’t the only reason to visit, the bar’s Happy Hour also has fantastic Ladies Night deals and Beer Buffets most days of the week!

The Business Traveler: A Guide To Liverpool

Most people aren’t too sure what to expect when they plan a visit to Liverpool. What most people are not aware of the fact that it is in the top 10 of largest UK cities. The city can be traced back to 1190, and since then it has become a city booming of some of the country’s most astounding historical sights. 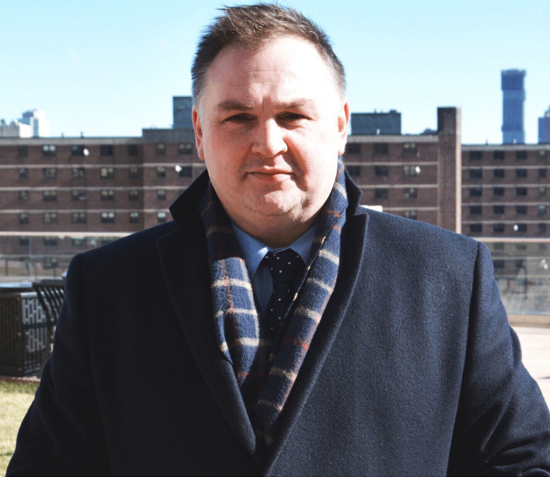 With the economy all over the world feeling very fragile, it is vital that aspiring entrepreneurs know how to achieve success even in uncertain times. Business owner and entrepreneur James Sagar has spoken exclusively to BrandMag about how he turned a negative situation, in an economic downturn, into a new opportunity for success and how he went from out-of-work tradesman to successful businessman.