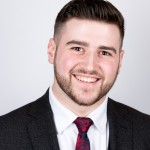 Having initially committed to a degree in Media and Communications, you wouldn’t necessarily expect Will Ross to know much about Sales and Marketing. As it turns out, the resourceful and ambitious entrepreneur found his true calling in the world of outsourced sales and marketing after graduating and since opening his company in 2014 and now has three thriving offices across the UK. 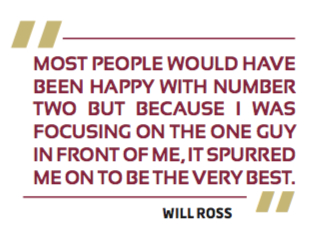 s someone who has created an entire business from the ground up, changing vocations and consequently teaching himself all about an entirely new industry, we want to know more about this trailblazing mentality…

How would you describe your personality and business approach?

Regarding leadership, my approach is quite laissez-faire. I’m not much of a disciplinarian; I tend to ask a lot of questions mostly to understand someone’s identity (rather than authority).  I believe you can gauge which people are excited to work with based on their actions. Take Leicester City last year, for example, part of what really allowed them to do well was the fact Claudio Ranieri just let the players go out and express themselves. I agree with that approach and I believe doing that will result in things just happening naturally; people will create their own rhythm.

After graduating with your degree in Communications and Media, what attracted you to the sales industry? Why did the change?

I was studying all about TV and radio, they were my specialisms at university, and when I was looking at jobs in the industry, a lot of the entry-level roles seemed so monotonous, and boring. It’s a very cliquey industry and I hadn’t built up any connections. Same goes for radio. But I liked the idea of running a sales business, and the idea of a commission structure so that I could be rewarded for the time I invested. But I didn’t know anything about it, so I opted to go in at the ground-level and work my up.

How did you successfully transition from media to sales to running a business?

Coming from a TV and theatre background, learning sales was just like learning a script. I found that easy. To oversimplify it, sales seemed like just talking and dealing with people. I figured I could say words; I can speak to people, so I just went for it. I worked out what to say and how to say it, and then replicated that as much as possible. I read books, and there is a great deal of helpful free content on YouTube as well. But mostly it was learning from people around me.  I am a curious person; I ask lots of questions.  I don’t allow my pride hold me back, if I don’t understand something, I ask for it to be repeated until it makes sense.  Once I became the top seller in the company, I thought, this is what I need to be doing and so decided to focus on entrepreneurship and to open a business.

I read a survey recently which asked 1500+ kids what they want to be when they grow up. Traditionally the answers would have been dominated by those wishing to be Actors, Singers or Footballers etc.  No age group is a fraction as ambitious as kids are, which is awesome. I mean it’s a shame a lot of people lose that ambition in their teens or their twenties, but the fact kids are so carefree and feel ready to take on the world is exciting. Someone’s gonna be the next superstar, why not let your kids go for it?

However, in this study, there was a new front-runner for the career path kids wanted to pursue when they grow up, and that’s ENTREPRENEURSHIP! Which as a business owner I find super exciting! 12% of kids wanted to be business owners compared to just 7% actors, 7% musicians & 2% professional athletes!

What advice would you have for someone that is considering changing their career?

Consider what you love and think about how that translates into work.  Don’t worry about how ‘possible’ it is, to begin with just allow yourself to dream.  Then find out who is doing this sort of work and how are they doing it?  Do you need to study it?  Or can you teach yourself? Are the people doing these jobs self-employed? Do they have big clients? Do they own a small business? Or work for a global brand?

Ask questions, be curious!  Don’t be afraid to pursue something new. Break things down into small steps and just take one of them at a time.  Absolutely anything is possible.

How SME’s Can Utilise WhatsApp